Rails Ruby on Rails Vs Node.js Which to use?

Rails Ruby on Rails Vs Node.js Which to use? 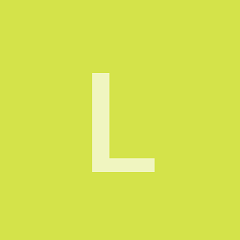 The famous Node.js used for server-side and networking applications is an open source and a cross-platform, run-time environment. With its application written in JavaScript, the Node.js development services have been, of late, become highly sought after.

Ruby on Rails, on the contrary, is a web application framework. This model-view-controller framework offers default structures for a web service, web pages, and database. All that that, many a times, a question being asked is, which to use! Comparison of the two is also sought. So here we do it. Read on...

Frankly, they are poles apart

Node.js is not a framework. It is also not a new language. As mentioned above, it is an application runtime environment. Simply put, it enables writing server-side applications in JavaScript. Node has got low-level routing. Contrary to Node, Rails is an opinionated framework. As known to many, it is written in Ruby language.

With regard to speed of development, Ruby on Rails scores well. A CRUD application with database migrations can be developed with the use of only a few commands through the command line using generators. However, a Node.js developer, building a web application, gets to find the modules and include them. Since there is a practical need for downloading a module, Node.js takes a good amount of time.

It isn't difficult to learn Rails. The main reason being that the availability of umpteen tutorials and courses. However, during the course of learning, it is important to understand things such as arrays, classes, objects, variables, models and Ruby level methods. Coming to the learning aspect of Node.js, the learning curve is very much less than Ruby on Rails. What sets Node apart is that it is not only the developers having a C or Java background have accessibility, but even the front-end developers can easily pick up.