昨天没事又翻出了 Coders at Work 这本书看看，看到 Ken Thompson 对 C++ 和 GC 的评论，觉得很有意思，也很赞同，关于 C++ 的原文： Seibel: You were at AT&T with Bjarne Stroustrup. Were you involved at all in the development of C++?

Thompson: I’m gonna get in trouble.

Thompson: I would try out the language as it was being developed and make comments on it. It was part of the work atmosphere there. And you’d write something and then the next day it wouldn’t work because the language changed. It was very unstable for a very long period of time. At some point I said, no, no more. In an interview I said exactly that, that I didn’t use it just because it wouldn’t stay still for two days in a row. When Stroustrup read the interview he came screaming into my room about how I was undermining him and what I said mattered and I said it was a bad language. I never said it was a bad language. On and on and on. Since then I kind of avoid that kind of stuff.

Seibel: Can you say now whether you think it’s a good or bad language? Thompson: It certainly has its good points. But by and large I think it’s a bad language. It does a lot of things half well and it’s just a garbage heap of ideas that are mutually exclusive. Everybody I know, whether it’s personal or corporate, selects a subset and these subsets are different. So it’s not a good language to transport an algorithm—to say, “I wrote it; here, take it.” It’s way too big, way too complex. And it’s obviously built by a committee. Stroustrup campaigned for years and years and years, way beyond any sort of technical contributions he made to the language, to get it adopted and used. And he sort of ran all the standards committees with a whip and a chair. And he said “no” to no one. He put every feature in that language that ever existed. It wasn’t cleanly designed—it was just the union of everything that came along. And I think it suffered drastically from that.

Seibel: Do you think that was just because he likes all ideas or was it a way to get the language adopted, by giving everyone what they wanted?

Thompson: I think it’s more the latter than the former. 关于 GC 的原文： Seibel: On a somewhat related note, what about garbage collection? With Java, GC has finally made it into the mainstream. As Dennis Ritchie once said, C is actively hostile to garbage collection. Is it good that folks are moving toward garbage-collected languages—is it a technology that deserves to finally be in mainstream use?

Thompson: I don’t know. I’m schizophrenic on the subject. If you’re writing an operating system or a C compiler or something that’s used by lots and lots of people, I think garbage collection is a mistake, almost. It’s a cheat for you where you can do it by hand and do it better—much better. What you’re doing is your sloughing your task, your job, making it slower for your users. So I think it’s a mistake in an operating system. It almost just doesn’t fit in an operating system. But if you are writing a hack program to do a job, get an answer and then throw the program away, it’s beautiful. It takes a layer of stuff you don’t want to think about, at a cost you can afford, because computers are so fast, and it’s nothing but a win-win-win position. So I’m really schizophrenic on this subject. Part of the problem is there are different garbage-collection algorithms and they have different properties—massively different properties. So you’re writing some really general-purpose thing like an operating system—if you’re going to write it in a language that garbage-collects underneath, you don’t even have the choice of the algorithm for the operating systems. Suppose that you just can’t stand big real-time gaps and you have a garbage collector that runs up to some threshold and then does mark and sweep. You’re screwed before you start. So if you’re doing some general-purpose task that you don’t know who your real users are, you just can’t do that. Plus, garbage collection fights cache coherency massively. And there’s no garbage-collection algorithm that is right for all machines. There are machines where you can speed it up by a factor of five or more by messing around with the cache. They should be tied to the machine much more than they are. Usually they treat them as separate algorithms that have nothing to do with machines, but the cache coherency is very important for garbage-collection algorithms. 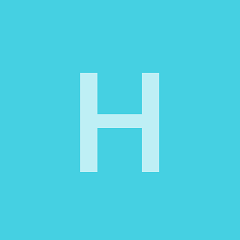 #16 楼 @rasefon 自己 malloc 和 free 的功能是可以由库来提供的么，比如 Other smart pointers, such as ARC (which allows you to share read-only data between threads), are in the standard library and are not built into the compiler.